For an upcoming project that I’m working on our show control needs to be able to send out video content to three different projectors. The lesson I’ve learned time and again with TouchDesigner is to first start by looking through their online documentation to learn about what my options are, and to get my bearings. A quick search of their support wiki landed me on the page about Multiple Monitors.

To get started I decided to roll with the multiple window component method – this seemed like it would be flexible and easy to address out the gate. Before I was ready for this step I had to get a few other things in order in my network. Ultimately, the need that I’m working to fill is distortion and blending for the interior surface of a dome using three projectors that need to warp and edge blend in real time. First up on my way to solving that problem was looking at using a cube map ) in order to address some of this challenge. In this first network we can see six faces of a cube map composited together, exported to a phong shader, and then applied to a dome surface which is then rendered in real time from three different perspectives.

A general over view of the kind of technique I’m talking about can be found here. The real meat and potatoes of what I was after in this concept testing was in this part of the network: 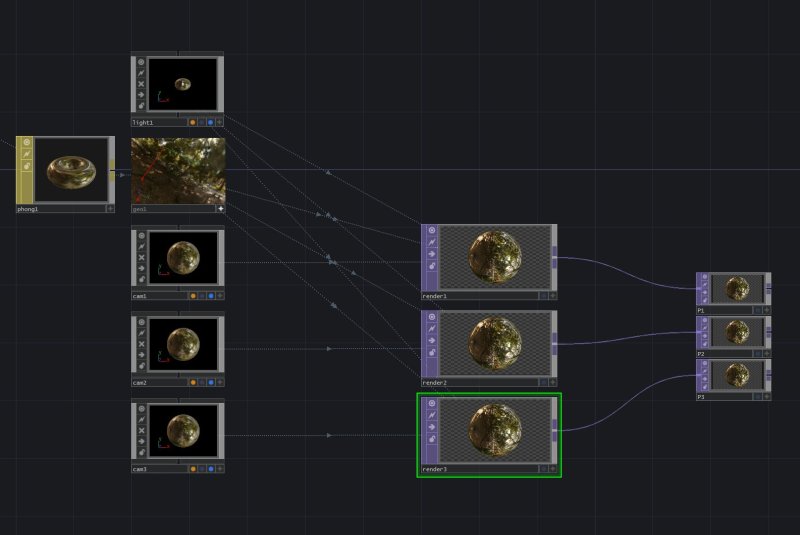 Here I have three camera components driving three different Render TOPs, which are in turn passing to three Null TOPs that are named P1, P2, and P3 – projector 1 – 3. As this was a test of the concepts of multiple monitor outs, you’ll notice that there isn’t much difference between the three different camera perspectives and that I haven’t added in any edge blending or masking elements to the three renders. Those pieces are certainly on their way, but for the sake of this network I was focused on getting multiple windows out of this project.

If we jump out of this Container Comp we can see that I’ve added three Window Components and a Button to my network. Rather than routing content into these window elements, I’ve instead opted to just export the contents to the window comps. 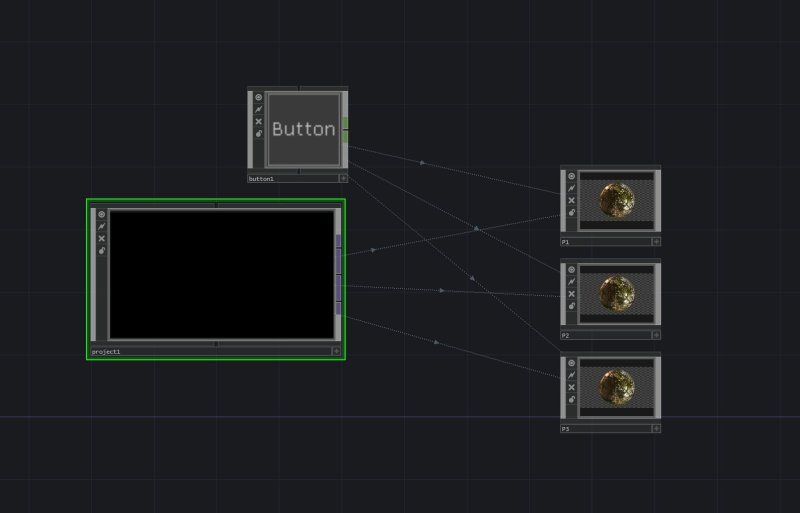 If we take a closer look at that parameters of the Window Comp we can see what’s going on here in a little more detail: 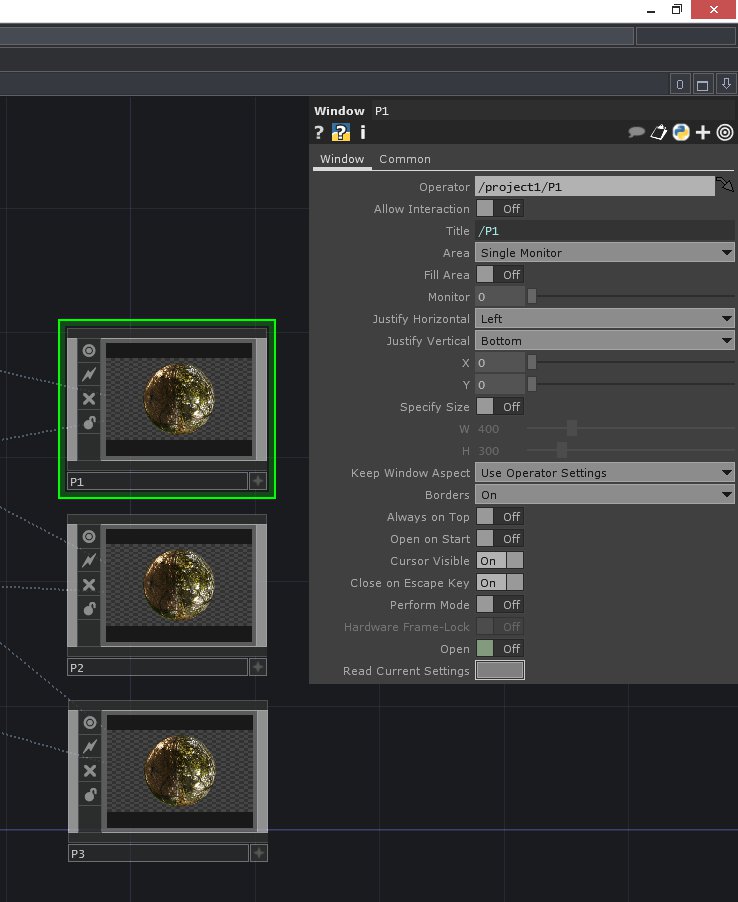 Here we can see that I’ve changed the Operator path to point to my null TOP inside of my container COMP. Here we can see that the path is “/project1/P1”. The general translation of this pathway would be “/the_name_of_container/the_name_of_the_operator“. Setting Operator path to your target operator will export the specified null when the window is opened, but it will not display the contents of the null in the node itself. If you’d like to see a preview of the render on the window node, you’ll also need to change the node pathway on the Common Page of the Window Comp. Here we can see what that looks like: 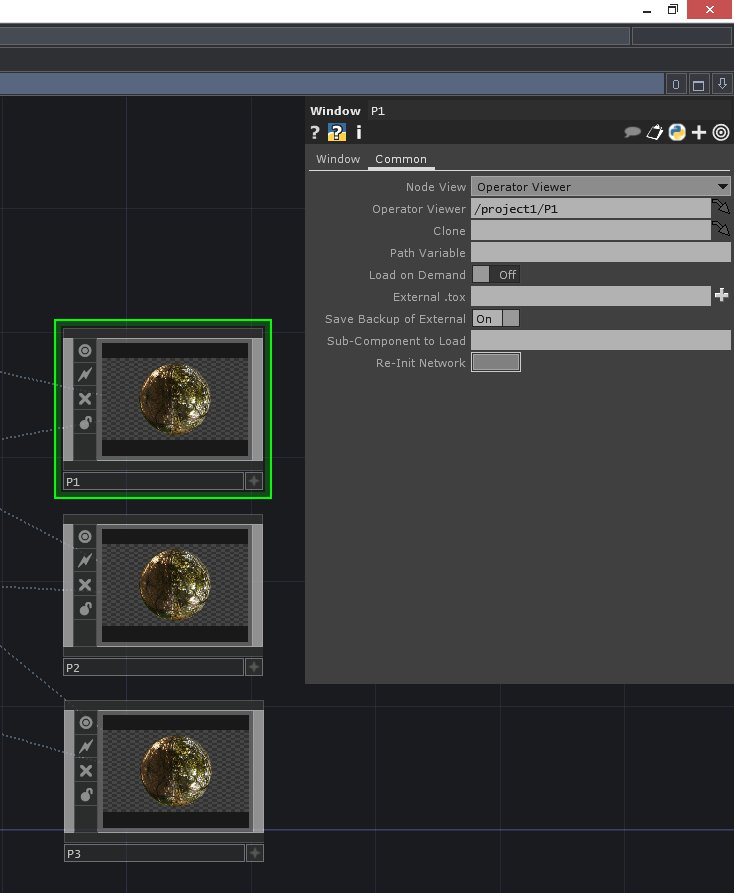