After four days of going to bed between 3:00 and 4:00 AM it finally feels like we’re making progress. This challenge is something between the most amazing opportunity and the most terrifying challenge. Here I am, not even a semester into Graduate School and I’m working on a project with three panoramic screens and floor projection: nine projectors, five computers, two media play back systems, two operating systems, two frazzled graduate student media designers, and one children’s show.

Below is a moment from the show as the main character runs through a forest in an attempt to escape an oppressive military force. As the lights change, the floor is painted with a vine-like mandala as the three panoramic screens are slowly fade up revealing a forest of vines, and masks. 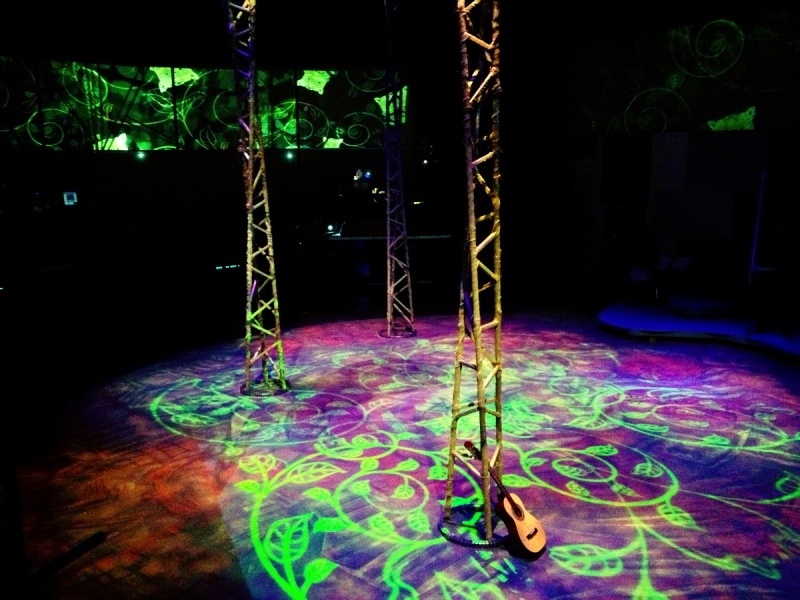 The time and the place of the play read as an abstracted South America – something that straddles an aesthetic that’s a strange marriage of expressionism and realism. It’s one thing to think about that in terms of production meetings, and another to see it finally materialize. In this way it’s interesting to finally see a fuller representation of the production. 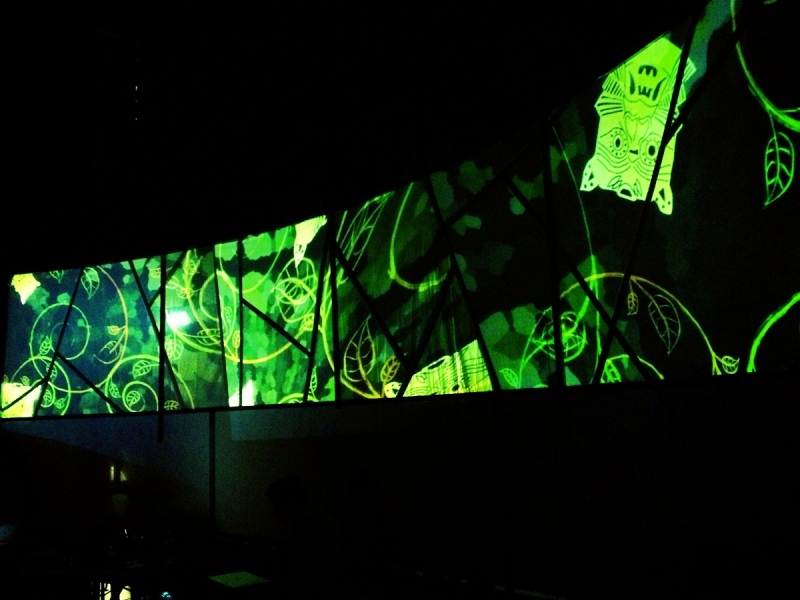 Strange to me has been the experience of getting tossed headlong into this whole process. The learning curve on this process has felt like more like a straight line than a curve. As this show has developed it’s felt as though there are new techniques, software, and concepts to learn at every turn. For every new method I’ve started to digest, there are another 10 to add to the list to learn later. More than ever the idea of life-long learning is something that I keep coming back to… it’s just a matter of continuing to learn and apply techniques and process. I came to grad school to learn lots of tools and techniques, and already I’m quickly finding that I’ve actually come to grad school to learn how much more there is to learn.